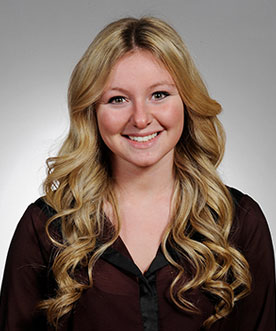 Janelle Forcand joined the True North Youth Foundation in the spring of 2016 as a part time hockey instructor for the Winnipeg Jets Hockey Academy. Janelle has become a valuable asset for on ice instructing and also assists with the St. James Assiniboia Hockey Academy supporting the WJHA students involved in the program.

Janelle’s love for hockey was sparked at a young age playing minor hockey in the St. James community and later playing four years in the Manitoba Women’s Junior Hockey League. As her playing career came to an end, she found a new passion in coaching with the AA Titans Female Peewee team as well as the WJHA Minor Atom boys team, and has now become the Head Coach for the WJHA Female Atom team. These roles allowed her to give back to the hockey community while remaining involved in the sport she loves.

Aside from spending time at the rink, Janelle has worked as a camp leader at Camp Manitou and enjoys spending time at the lake with family and friends during the summer. Janelle is studying at the University of Manitoba and will graduate this spring with a Bachelor of Arts majoring in psychology and minoring in management. Janelle is eager to grow as a mentor and hockey coach and is looking forward to being a role model for the Winnipeg Jets Hockey Academy female student athletes.