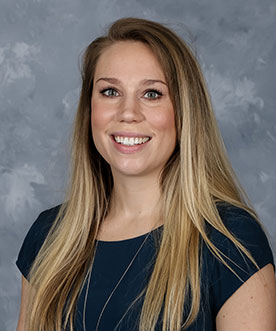 Kait Flett first started with True North as an intern for the Community Relations Department. Her role included assisting with the planning and execution of community events for the Manitoba Moose Hockey Club. After successfully completing her internship, Kait began working full-time for True North in the fall of 2011. She transitioned into the Foundation in the summer of 2012. In her current role as Game Day and Events Manager, Kait is responsible for the execution of charitable fundraising events such as the Mike Keane Charity Classic, Flatlander’s Beer Festival, as well as a committee member for a number of golf tournaments. Kait coordinates the TNYF social media accounts and bi-monthly e-newsletter, as well as the TNYF’s game day initiatives including the 50/50 raffle, scoreboard messaging, game day auctions and Winnipeg Jets Wives’ initiatives.

Kait graduated from the University of Manitoba with a bachelor of recreation management and community development. While pursuing her degree, she played 5 years for the Bison Women’s Basketball team, captaining the team in her final 2 years. While attending university, Flett was a contributing member of the University of Manitoba Athletes Committee and Junior Bison coach. She continues to be an active alumnus for the program.

« Previous
Next »
Do NOT follow this link or you will be banned from the site!