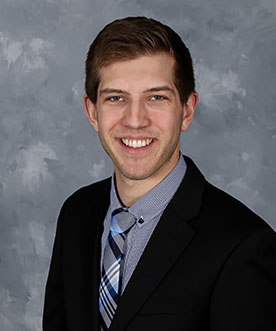 Jeff was born in Morris Manitoba, later moving to Sanford Manitoba and now residing in Winnipeg. After graduating from Sanford Collegiate he received a degree in Kinesiology from the University of Manitoba and is currently taking business courses at Red River College through distance education programs.

Throughout his career Jeff has played high level hockey and worked within the sport at many different positions. This included playing for the Sanford Collegiate Sabres, Pembina Valley Hawks AAA program, and Junior A hockey with the Beausejour Blades. He is now entering is fourth season with the Winnipeg Jets Hockey Academy as the Equipment and Off-Ice Coordinator and also works in the Winnipeg Jets Community Relations department as a member of the promo team after interning in this department to start with True North. Jeff also spends summer months running a large street hockey tournament called Play On in Winnipeg that features over 300 teams. He then travels west to help run four more of these events throughout western Canada.