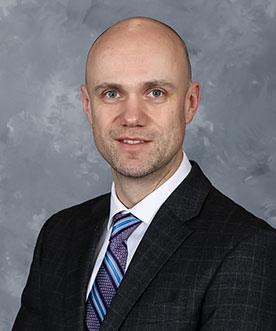 As the Director of the WJHA, Murray Cobb oversees all aspects of the program and provides support to fundraising events and program development. Cobb initially joined the TNYF in 2011 when the program transitioned from the Lil’ Moose Hockey Program with Winnipeg Aboriginal Sport Achievement Centre (WASAC) and carries a diverse set of experiences working with less advantaged children from his time at WASAC and as a Youth Care Worker in the Province of Quebec.

Cobb holds a Bachelor of Arts, a Bachelor of Social Work, and a Master of Social Work from McGill University, and has an extensive hockey background from playing with the McGill University Redmen, the Canadian National In-Line Roller Hockey Team and in Serbia, as an assistant coach with the Serbian National Team, and as a founding board member of Hockey Sans Frontieres.