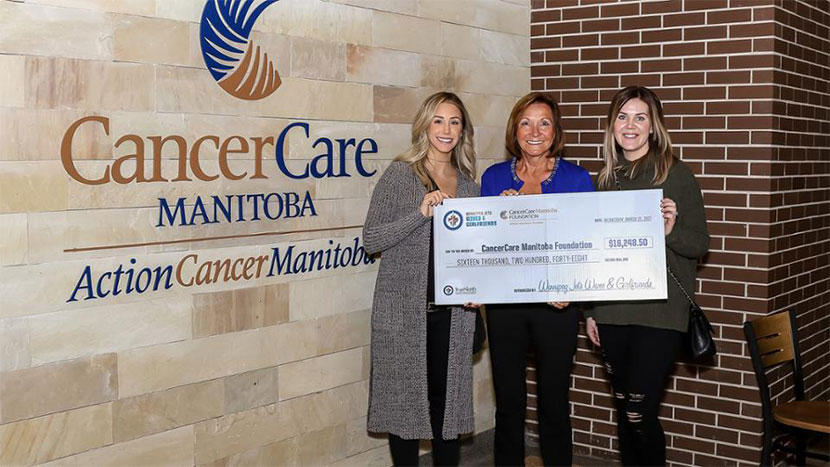 The Winnipeg Jets announced today the Jets’ Wives & Girlfriends raised more than $20,000 for CancerCare Manitoba and Can DO People through a pair of fundraising initiatives. The Jets’ Wives & Girlfriends sold holiday card sets, which generated $5,000 for Can DO People, and Love Struck Pucks, which generated $16,224.77 for CancerCare Manitoba.

A package of seven holiday cards were sold during games leading up to the holiday season and at all Jets Gear locations. Winnipeg Jets’ players, along with their families, helped create their own unique card, whether that be a photo from their youth or an original drawing created by the player or their family.