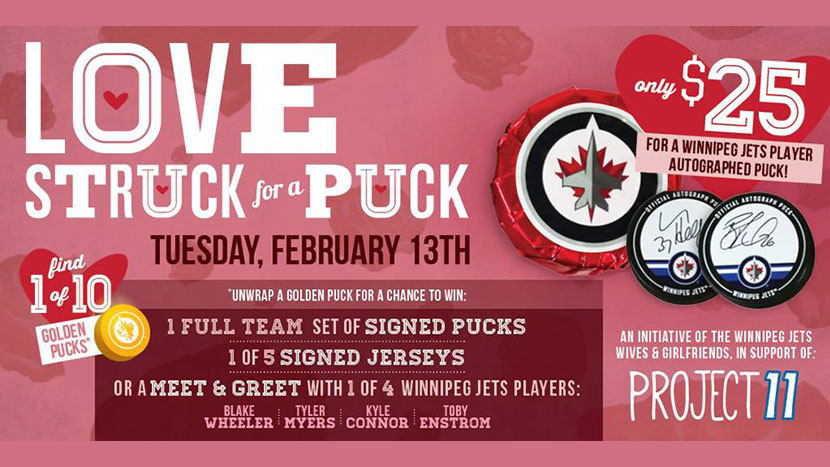 The Winnipeg Jets’ Wives and Girlfriends had overwhelming support from Jets fans for their Love Struck Pucks initiative on February 13 as the Winnipeg Jets took on the Washington Capitals. The custom designed pucks were individually wrapped in order to keep the identity of the player who autographed it a surprise. The autographed pucks were such a hit that they sold out of all 1,000 pucks prior to the start of the game. Ten lucky winners unwrapped special golden pucks, each winning one prize from a selection of autographed Jets and All-Star jerseys, a full set of autographed pucks and post-game player meet and greets. The Winnipeg Jets’ Wives and Girlfriends raised close to $20,000 and chose Project 11 as a beneficiary, which also tied in nicely with the NHL’s February initiative, #HockeyTalks.