Playoffs are the most fun time of the year 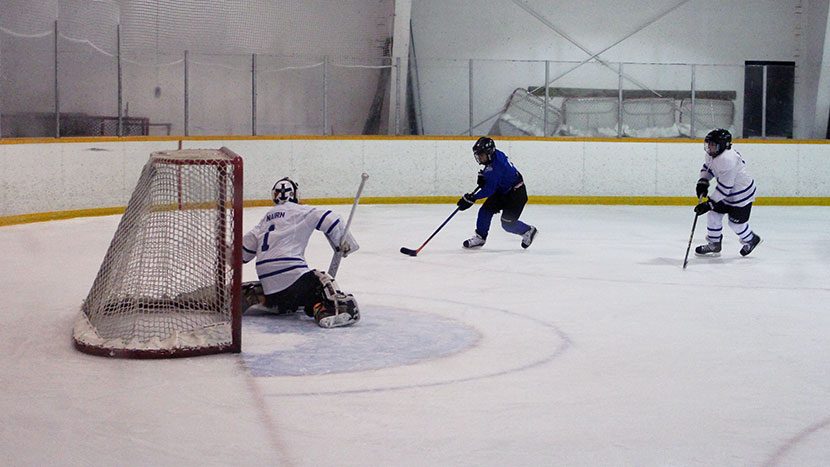 The minor hockey season has once again been a great success with incredible participation from players and families alike. Highlights include all six Winnipeg Jets Hockey Academy (WJHA) teams taking part in the Winnipeg Jets Challenge Cup over the holiday break. This was an especially exciting tournament for the Minor Peewee Boys A3 team as they became the first WJHA team to win a tournament at their age level and did so with an undefeated record (6-0). The WJHA Minor Peewee Boys finished in 2nd place in their regular season league play (13-3-2) and are a top ranked team in the playoffs.

In preparation for the playoffs, the team was fortunate to have guest coach appearances by Todd Woodcroft and a special goalie session with Wade Flaherty. In addition, they were the lucky recipients of the Professional Hockey Players Association’s Grow with the Pros practice at Camp Manitou. The evening included a full practice and Q&A period featuring Darren Kramer, Francis Beauvillier and Peter Stoykewych of the Moose.

The team built on their regular season success by defeating their first two playoff opponents and making the A-Side Playoff final against the KW Canucks. These two teams had gone back and forth all season long, and the game decided who got to go straight to the Championship, and which team would have to battle back on the B-Side.

When speaking with the players, they will be the first to tell you that playoffs are the most fun time of year. After three seasons, the Minor Peewee Boys have grown together from 0-18 in their 1st season, to finishing middle of the pack in the 2nd season, and now they are one of the teams to beat in their 3rd year.

Dealing with the pressures of being a high ranked team is new for the WJHA boys. When asked about how he felt ahead of the game against the Canucks, Darryl (WJHA Defenseman) replied, “It felt like I was getting ready to see the dentist”. This feeling is all too familiar for many who have enjoyed sport, and Darryl, along with all his teammates is learning to handle nerves and harness excitement. The boys were reminded not to let nerves get in the way of playing hard and having fun.

Despite a valiant effort, the KW Canucks took the victory by a score of 3-2, and the WJHA boys will need to win their next game to make it back into the championship. “Even though we fell short tonight, we are going to get back up and go hard tomorrow”, said Mohammed (WJHA Forward) after the game. Even after the loss, the boys are looking forward to their next game and are enjoying their playoff run.

The WJHA Minor Peewee Boys will play the winner between the Royals White and Fort Garry in the B-Side Final on the weekend. The game will decide who gets a second chance to face the KW Canucks team in a five game championship series.