Winning where it counts at the Mike Keane Celebrity Hockey Classic 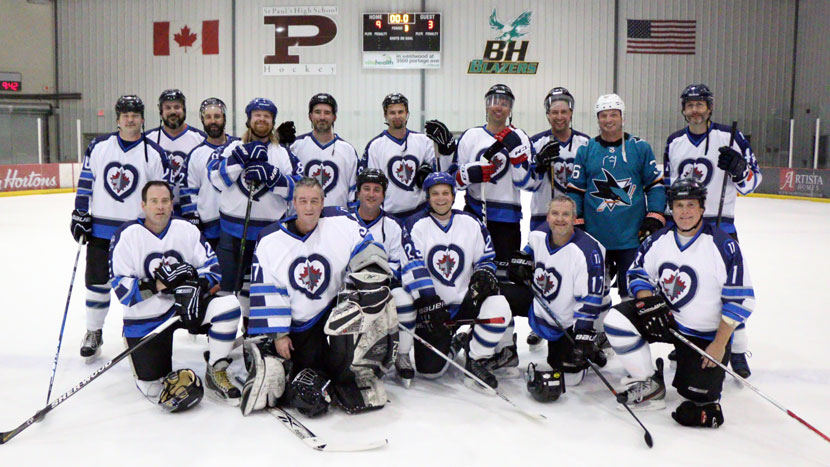 They may not win every game, but they win where it counts.

That’s the sentiment of Greg Fettes, who has played in the Mike Keane Celebrity Classic for the past five years.

According to Fettes, he and his team have raised over $500,000 over the past five years. He says they have every intention of playing in this tournament as long as they can because they know how important it is to fund mental health initiatives and to help those who need it.

Twenty-one former NHLers, 15 teams and over 220 players took over the Bell MTS Iceplex on February 27 and 28 for the ninth annual tournament, raising funds for the True North Youth Foundation and Continuity Care.

“We got involved with the tournament because we wanted to support the community, especially Project 11. Kids’ mental health is something that has touched me and my family and a lot of the guys in the room. It’s something we feel very strongly about and want to keep supporting,” says Fettes.

The tournament aims to give regular fans a chance at living like a pro for a day. After teams do their research, they draft former pros to play four games alongside them, hear stories from the “good old days” and hang out in the dressing room with their idols.

“We wanted to raise a little bit of money for Continuity Care and it just took off. The great people of Winnipeg supported us and the passion in this tournament is overwhelming at times but it’s phenomenal,” says Mike Keane.

The first tournament in 2011 included six teams and since then the tournament has grown both in number of teams and in funds raised. Keane says the passion for the cause is huge in the community and even some of the pros come back again because they know how important it is to break the stigma around mental health.

“Everyone knows someone or has a son, daughter or friend who struggles. That’s why everyone supports us and has a soft spot in their heart because everyone is touched by it. It’s something that everyone can relate to and they all want to do their little part which is fantastic,” says Keane.

This year’s tournament raised $442,000 bringing the total amount to over $2.5 million over the past nine years.