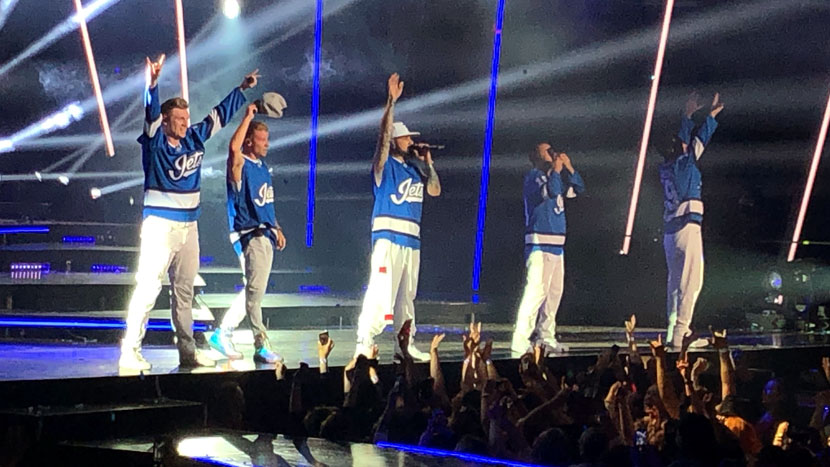 Backstreet Boys fans have the chance to bid on and win one of five autographed Winnipeg Jets jerseys worn and autographed by the singers at their July 22 concert at Bell MTS Place. Bidding for each jersey is now live and will close at 8 p.m. CT on Monday, Aug. 5.

The TNYF thanks the Backstreet Boys for their generosity in donating the five jerseys to support their work in the community.

For more information and to place your bid visit https://tnyfauction.com/lite-ui/?controller=home&camefrom=EMCL_3000434_143655005.

The TNYF is the charitable entity of True North Sports + Entertainment and of the Winnipeg Jets Hockey Club. The TNYF is relentless in pursuing its vision of empowering potential in youth by administering meaningful programs that enrich physical, social, mental and emotional aspects of a child’s life. The core programs of the TNYF include the Winnipeg Jets Hockey Academy, Camp Manitou, and Project 11 – a mental wellness program for students in Grades K-8.